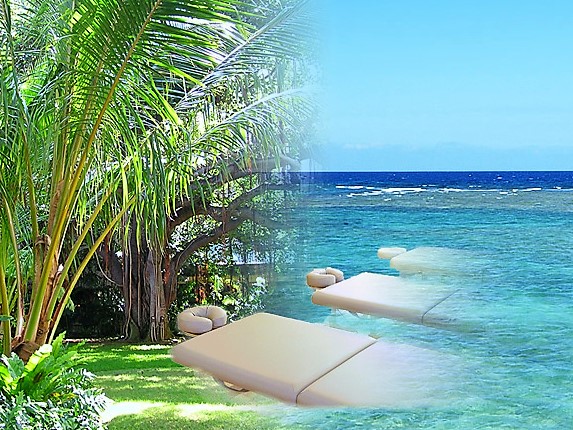 Hydro-kinesitherapy (by Daniel Mardon)
France has a long history in Physical Therapy and P.T. is highly respected by the French medical world.
Kinesitherapy is the prestigious name used in French speaking countries to define P.T. and is part of the medical lingo.
It is coming from Latin-Greek and literally means “therapy by the movement”.
Actually, the full official name is Masso-Kinesitherapy which refers to the fact that all professionals are also trained to use massages in combination with rehab treatments.
The big difference between P.T. in France and Japan or even America is that kinesitherapy is divided in 2 types:
-“Dry” P.T. which is practiced in the gym of a clinic or a hospital (like in Japan/America)
-“Wet” P.T.; which is rehab in water.  The name changes for Hydro (water)-Kinesitherapy. 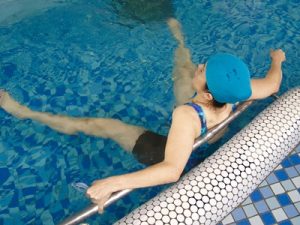 In both cases, massages are part of the treatment. “Wet” P.T. is rehab in a medical pool assisted by a therapist.  The pool is just deep enough to allow exercises and is heated at a minimum of 32 C to be warm enough, but not hot.
The advantages of wet-rehab are numerous and understandable in relation to the laws of physics and biology and share a lot of common benefits with Aromapressure Modern Lymph Drainage.
Hydro-Aromatherapy is also available for extra benefits. 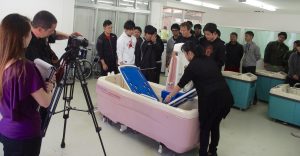 Physical effects:
-① Archimedes law : Also called buoyancy , it is the phenomenon in which the upward pressure exerted by water on a body depends on the depth and fluid density.   A body is 85 to 90% lighter in fresh water and can be 100% in salt water.   Human “specific gravity” is 0.91 g/cm3 while water is 1.0 g/cm3. Buoyancy also depends on fat and muscle proportion and breathing.
Mobilization in water is facilitated and even possible for handicapped patients. 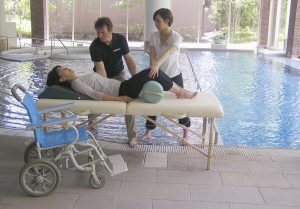 -② Water resistance :  It first depends on its viscosity and it represents the friction of the skin on water.
Water carries and allows safe movement and also offers gentle resistance for exercise.  Resistance can be increased by adding artificial currents.   French medical pools have typically 3 power-currents to control resistance.
In case of fracture, the initial protocol is to put the body in total immersion and then to adapt immersion distally from the fracture site.
Fins, floating devices can be used for extra resistance and to help balance.
Water resistance also stimulates skin sense receptors. 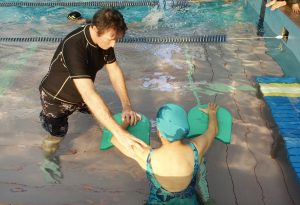 -③ Hydrostatic pressure :    Water pressure exerted on the skin.
According to the depth, the pressure of water varies.  The deeper, the more pressure.  It is similar to the “cone effect” concept that we accomplish when using the Foldi bandaging technique to stimulate circulation.  Hydrostatic pressure is a physical effect that stimulates biological responses on the circulatory, respiratory and urinary systems.The principle and effects are very similar to the ones caused by Lymph Drainage therapy. 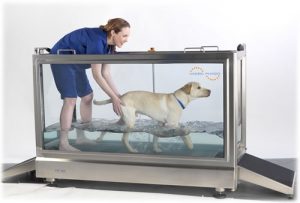 Biological effects:
–① Circulation : The gentle pressure of water on the tissues stimulates lymphatic circulation as well as blood circulation even in passive hydrotherapy. Similar to Lymph Drainage, Hydrotherapy creates many chain reactions on the 3 circulations; venous, lymphatic and arterial.  By boosting the lymphatic and venous circulation it increases the load of blood to the right heart.   The expansion of the right Atrium stimulates the release of the ANP hormone (Atrial Natriuretic Peptide) which lowers blood pressure by creating vasodilatation of the peripheral vessels.
-② Respiratory system:  Thoracic and abdominal cavities are both influenced by water pressure (especially in full immersion).  The resulting resistance that occurs when breathing, exercises (trains) the intercostal muscles and the diaphragm.
-③ Urinary system:  The boost on the blood flow stimulates the receptors of the right Atrium’s muscle-cells which release ANP hormone.  ANP contributes to increase kidney elimination by controlling sodium, potassium and water.  Moreover, ANP has the side effect to inhibit ADH (Anti Diuretic Hormone) secretion, which combination therefore, doubly increases urination.
-④ Thermo-regulation:  Water conducts temperature x25 times faster than air.   That is why hot baths are still the most effective way to treat hypothermia and cold baths to treat hyperthermia. 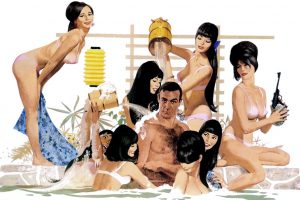 Water temperature acts both on the sympathetic and parasympathetic systems.  From 29 to 37 C the body is in a comfort zone and feels nothing.   The parasympathetic is in action.  Below or above these temperatures, the body feels a temperature influence and the sympathetic system is activated.Note:  Cold is used for decreasing edema and inflammation by vasoconstriction of the vessels while hot is used to soothe sore muscles and joints and also to treat spasms.   Alternate combo of cold and hot water is used for circulatory problems on legs.
Relaxation of muscular tone is always sought to better perform rehab exercises and Hydrotherapy is the #1 choice when “dry-rehab” is rendered impossible because of pain…


“Heat Shock Protein” (HSP):  Cells normally start to die at 43 C.
When you take a bath at 41 C, body starts to produce the special protein HSP.  These proteins are able to repair all cells and make a stronger immune system!  After 10 to 14 treatments and within a few weeks, body temperature elevates from 1 C which boost both metabolism and immune system.  It is said that Japanese women have chronic low temperature and that only a -1 degree C can increase by 35% the risk of developing cancer.  At 42 C bath should last 10 minutes minimum.  At 41℃ ; 15 minutes and at 40℃; 20 minutes. 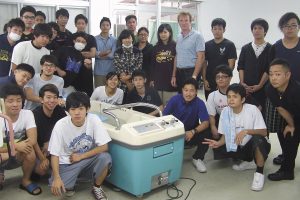 -⑤ Mechanoreceptors:  During water exercise, the contact and gentle pressure of water on the sensory receptors allow a better position awareness and help body balance by rehabilitating the N.S. 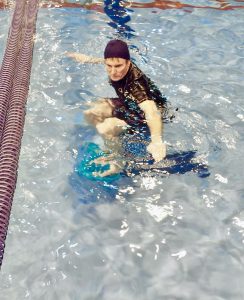 -⑥ Osmosis/Diffusion : The mineral content of the water (in hot springs and Thalasso) performs an osmotic-pressure which draws-out excess polluted body-fluids.  In the opposite direction, beneficial mineral particles diffuse from water to body.
-⑦ Mental health: Buoyancy gives a feeling of freedom from pain and handicap.   Water is euphoric and has a “Divine” effect.   Subconscious mind goes into regression to the safe mode as in the mother’s womb.

Financial benefit:
Jet-massages:  Reduces the use of therapists for traditional massages and saves time by including wet rehab and massage in the same session and location.

Hydro-kinesitherapy is used for universal rehab and tends to take over on classic “dry rehab”.  Auto-passive (using other arm) mobilization is also used as soon as 2-3 days after surgery such as acromioplasty (arthroscopic shaving of a small piece of acromion that is in contact with a tendon causing friction) or after repair of rotator cuff. 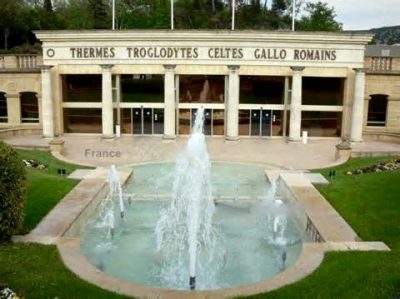